Samsung is refreshing its Galaxy A-series midrange phones for 2020. The lineup consists of a whopping six phones, all of which are aimed at people who want high-end features without paying an exorbitant amount of money. The most affordable option costs $110, while the highest-end A71 5G tops out at $600, and as you probably guessed from its name, it supports 5G connectivity. There will also be a slightly more affordable $500 model that is 5G-ready. The good news is that the entire lineup ships with Android 10 software with One UI 2.0, and features a 3.5mm headphone jack.

I’m going to dive into each phone’s features below, starting with the two that will release first on April 9th. The rest will release in the summer. However, note that Samsung hasn’t laid out every spec that each phone will have, like which exact processors they’ll contain, and the full list of networks carrying each phone. We’ll update this post once we get clarification. 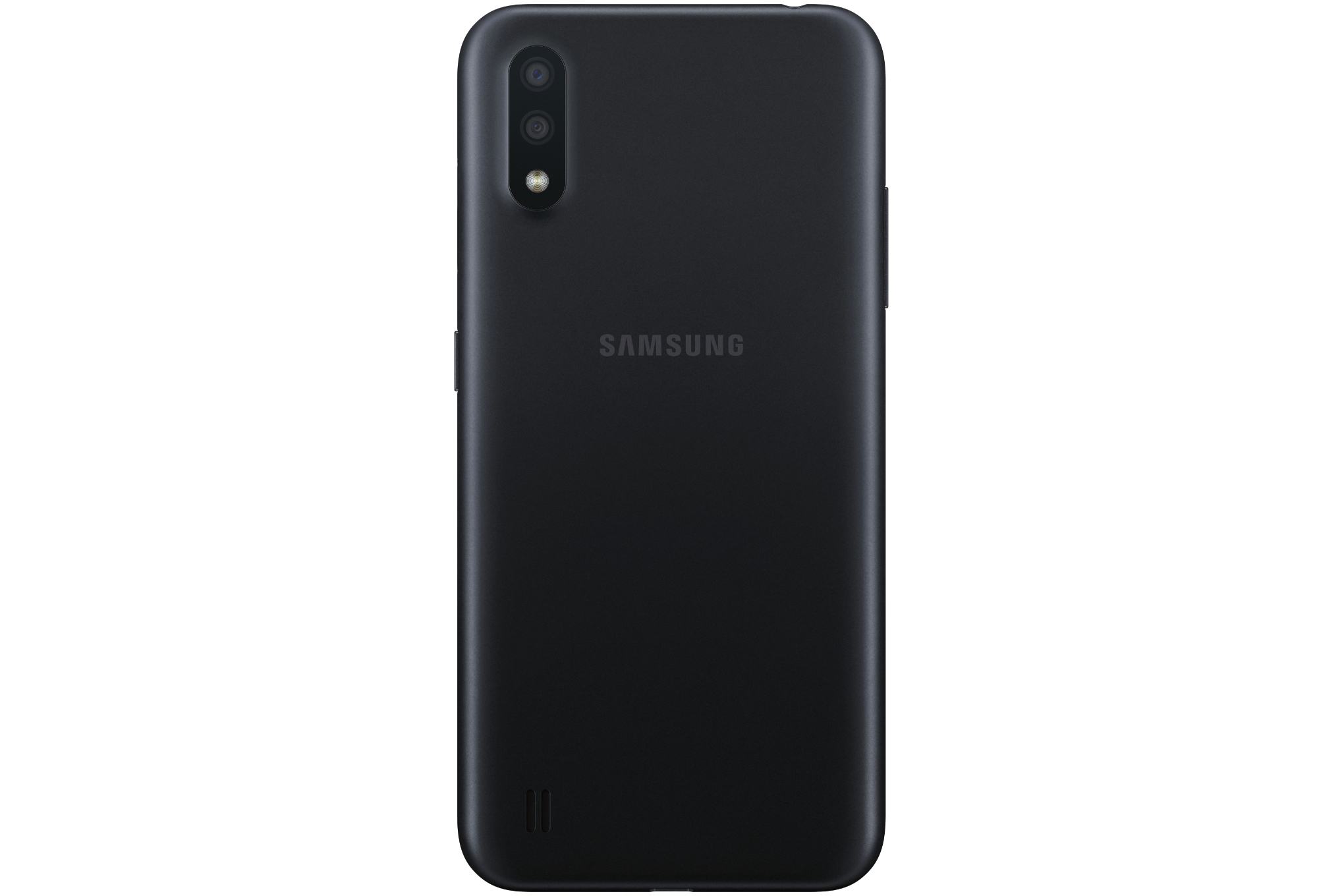 Both sides of the new Samsung Galaxy A01
Samsung

First to launch on April 9th are the A01 and A51, costing $110 and $400, respectively. The A01’s specs seem serviceable for the cost, with an octa-core processor, a 5MP selfie camera on the front, and a 13MP rear camera with 2MP depth on the back. The display is 5.7 inches, and it has HD+ resolution with Samsung’s “Infinity-V” v-shaped notch at the top to house the selfie cam. The phone contains a 3,000mAh battery, and its 16GB of onboard storage can be expanded via microSD. The A01 will arrive first via Verizon, with support at other carriers coming in a few weeks. 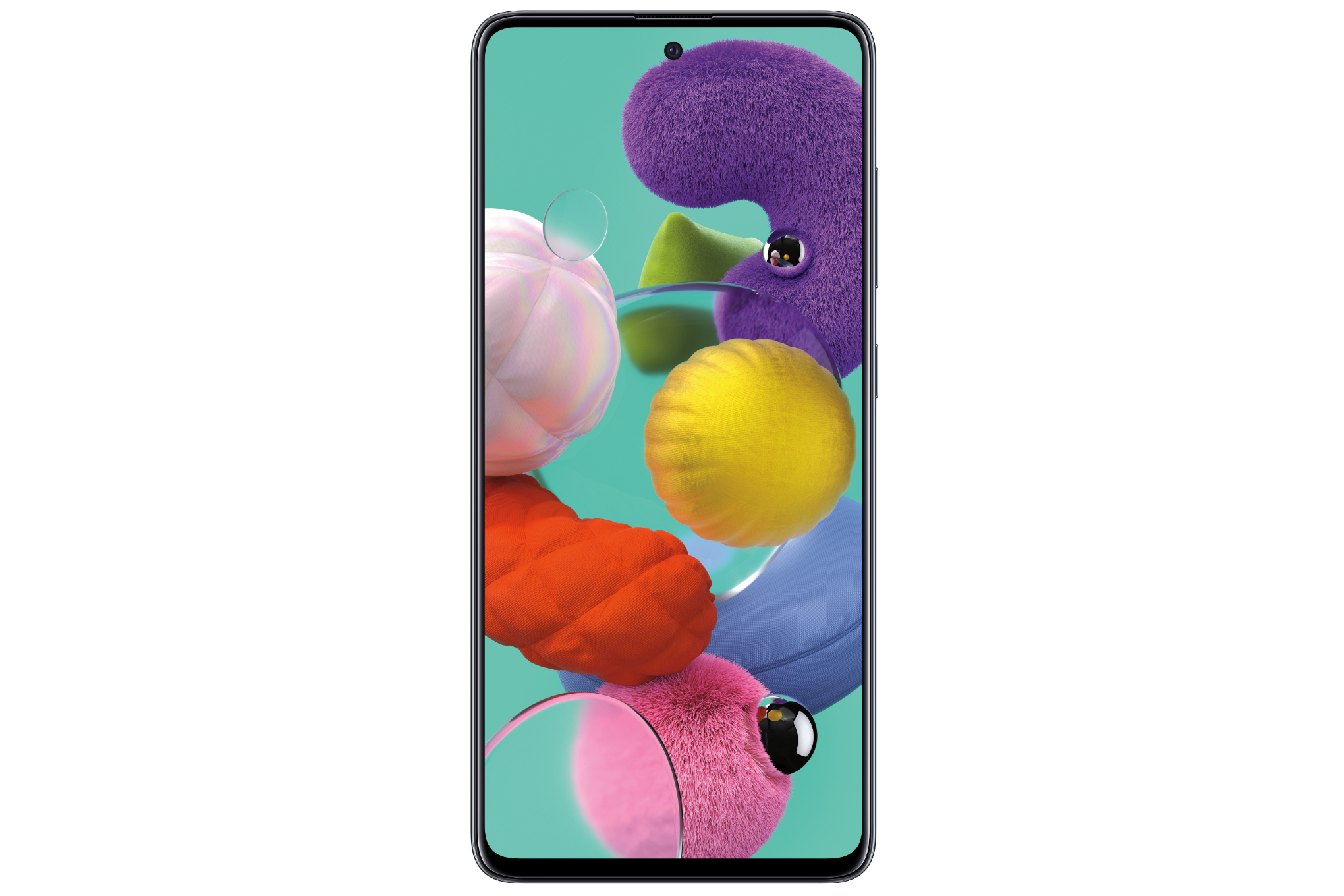 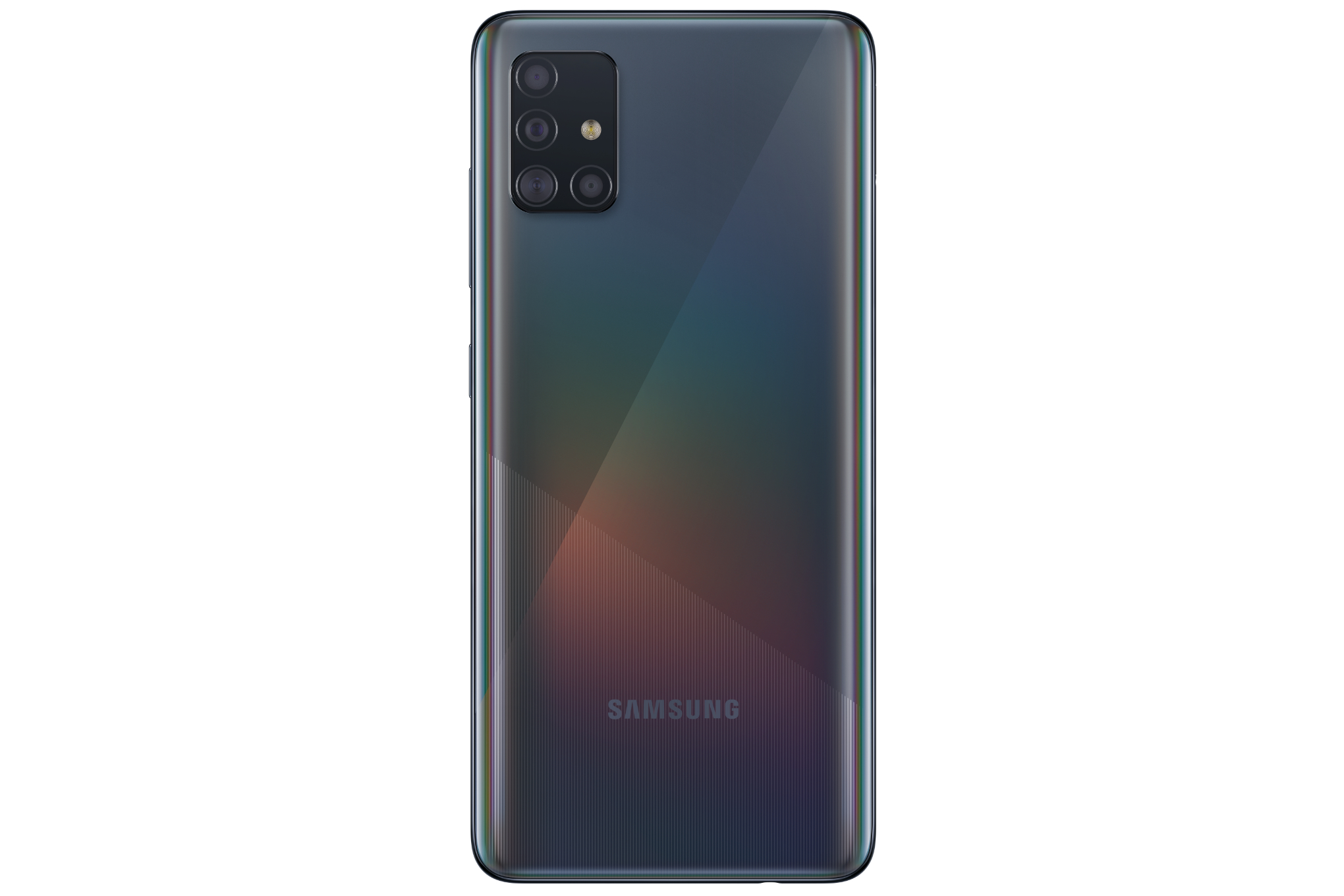 The front and the back of Samsung’s Galaxy A51
Samsung

The A51 seems poised to take on the likes of Google’s Pixel 3A and perhaps the rumored Pixel 4A. This device is the successor to last year’s Galaxy A50 and has a big 6.5-inch FHD+ OLED Infinity-O display with a hole-punch camera in the screen. It has a 48MP camera lens on the back, and its ultrawide-angle lens has a 123-degree field of view. The camera can record video in 4K resolution, and Samsung says the phone has stabilization that will help keep the footage looking smooth. Samsung touts this one as having “amped-up performance” using a 10nm octa-core processor with 4GB of RAM, a 4,000mAh battery, and 128GB of onboard storage. It will have a microSD slot, allowing for up to 512GB of additional storage.

Verizon has first dibs on this phone starting on April 9th, though Sprint will sell it starting April 10th, with other carrier support coming in the following weeks. AT&T has informed us that it will carry the A51 in early May. 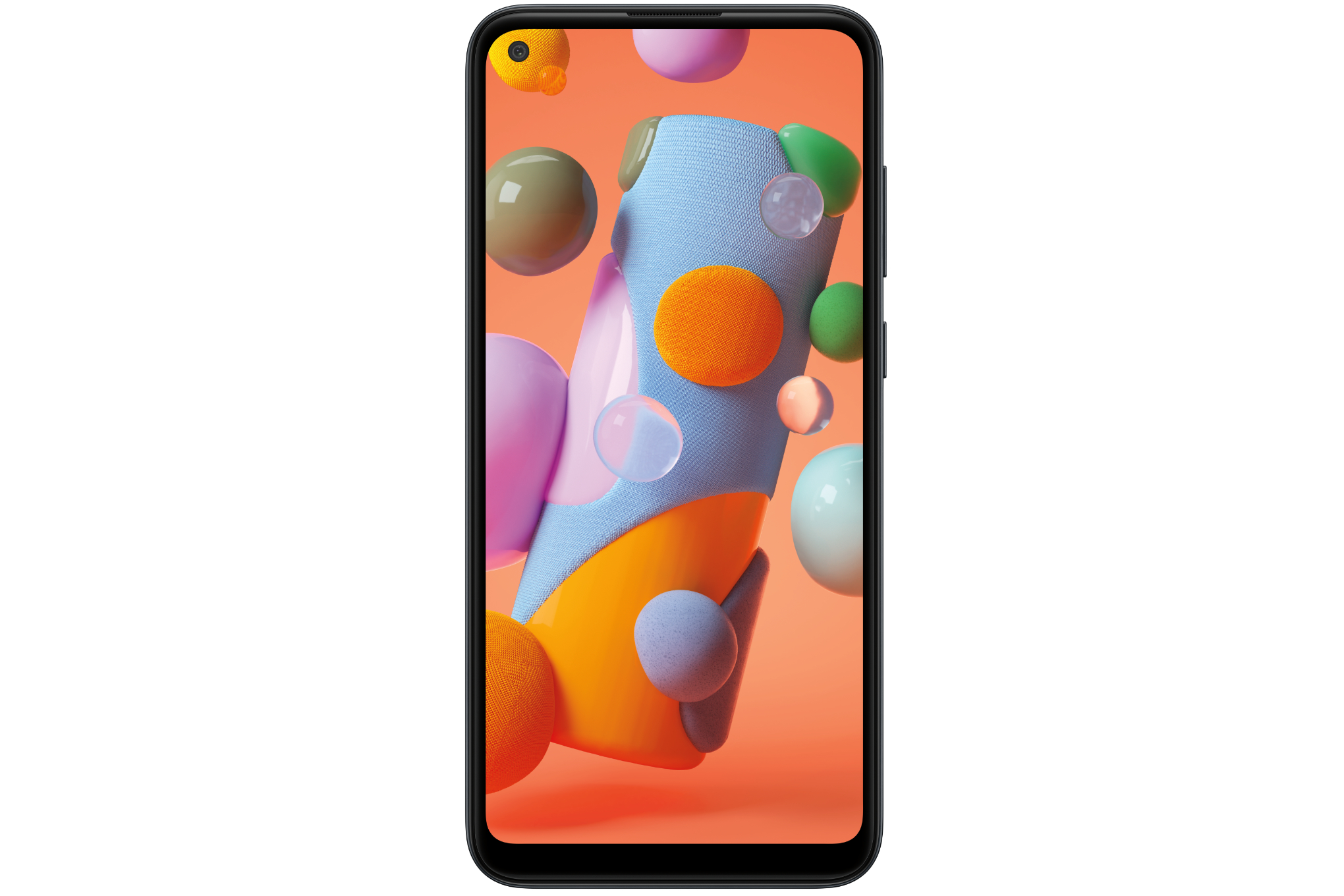 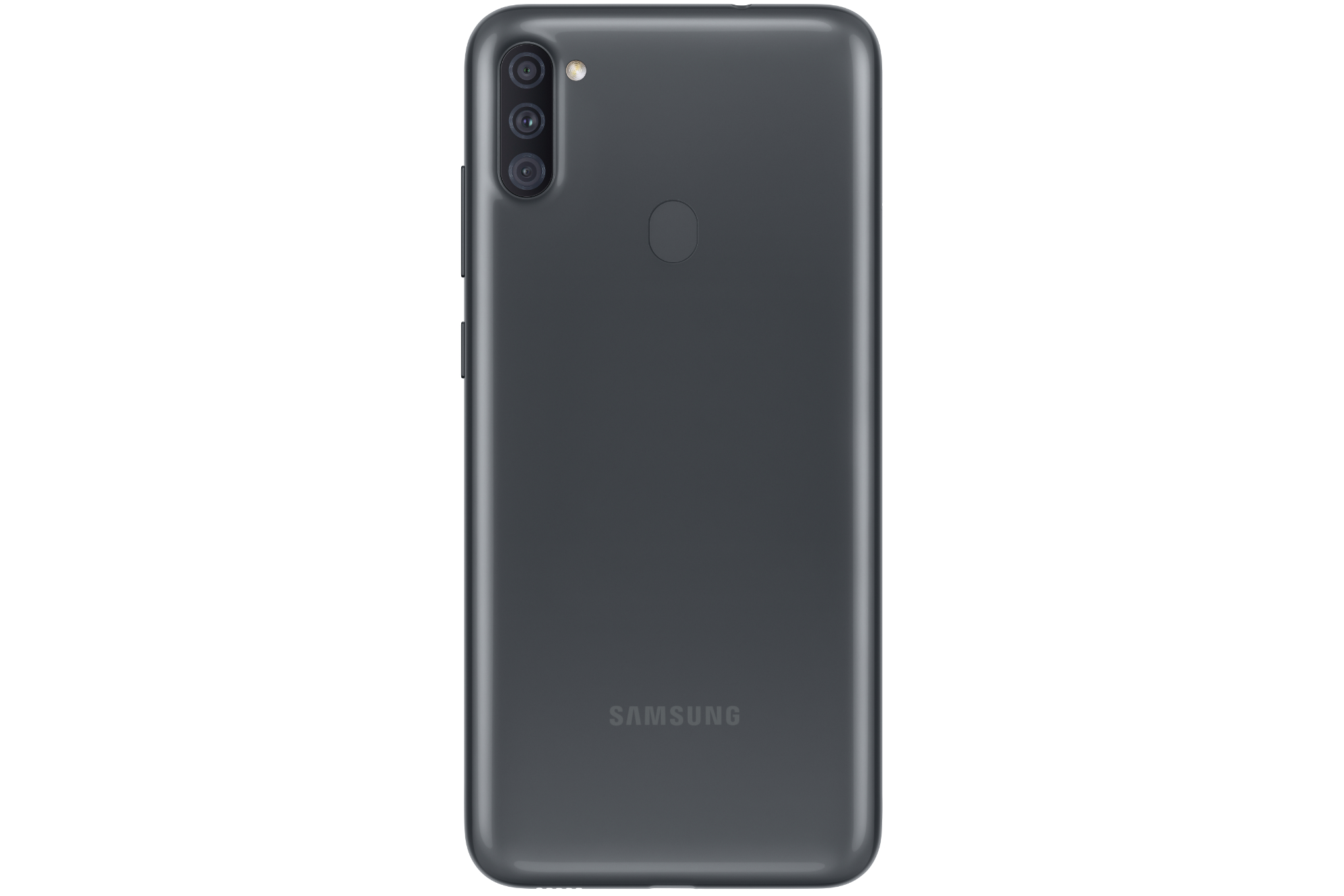 Here’s what the Samsung Galaxy A11 looks like
Samsung

Coming in between the A01 and A51 in terms of pricing and capabilities are the A11 and A21, which will cost $180 and $250, respectively. These will launch at some point in the summer. Both will have octa-core processors. The A11 will offer a 6.4-inch HD+ display with a hole-punch selfie cam. The rear camera has three lenses (wide-angle, ultrawide-angle, and depth). The phone also includes a 4,000mAh battery, 2GB of RAM, and 32GB of storage. 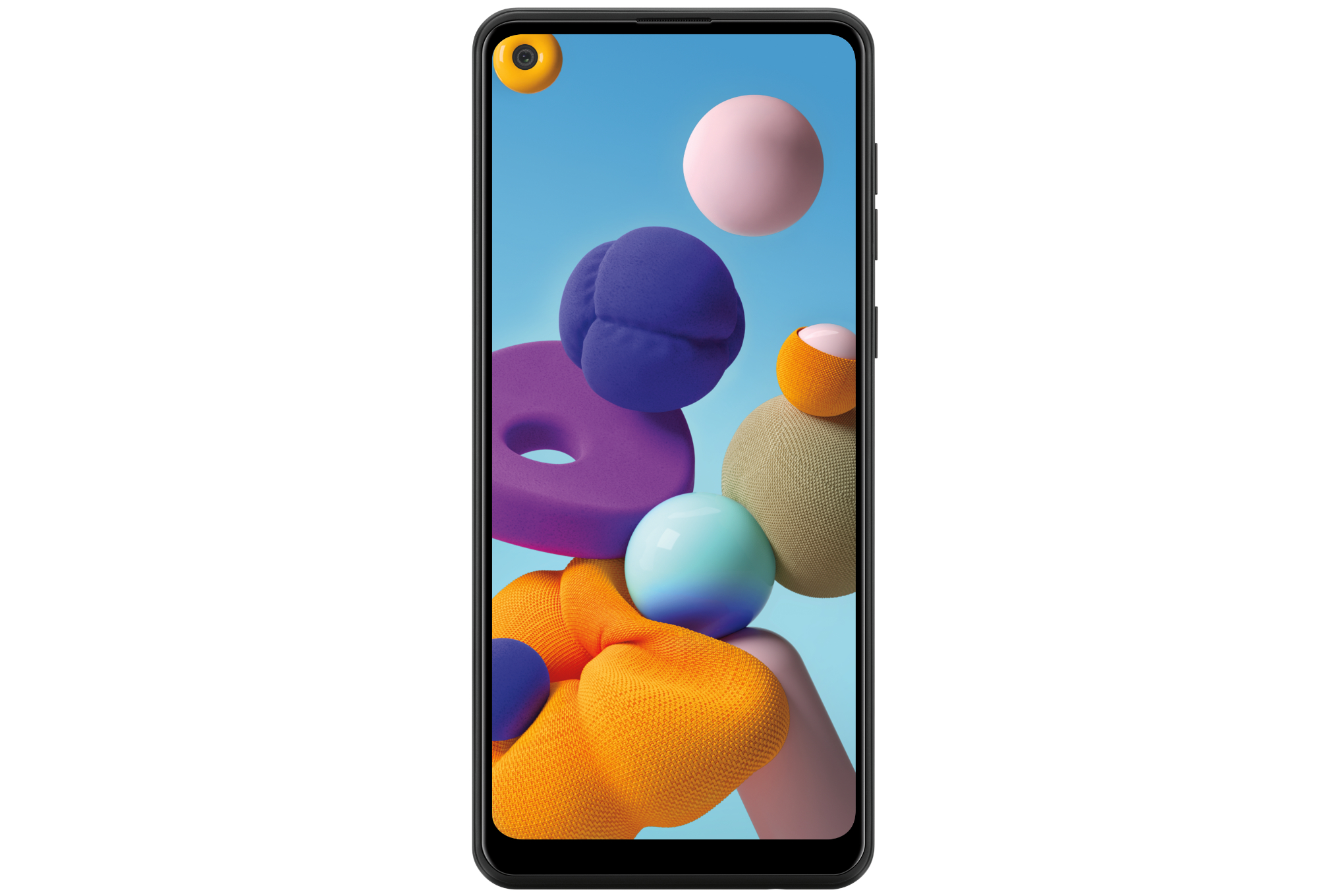 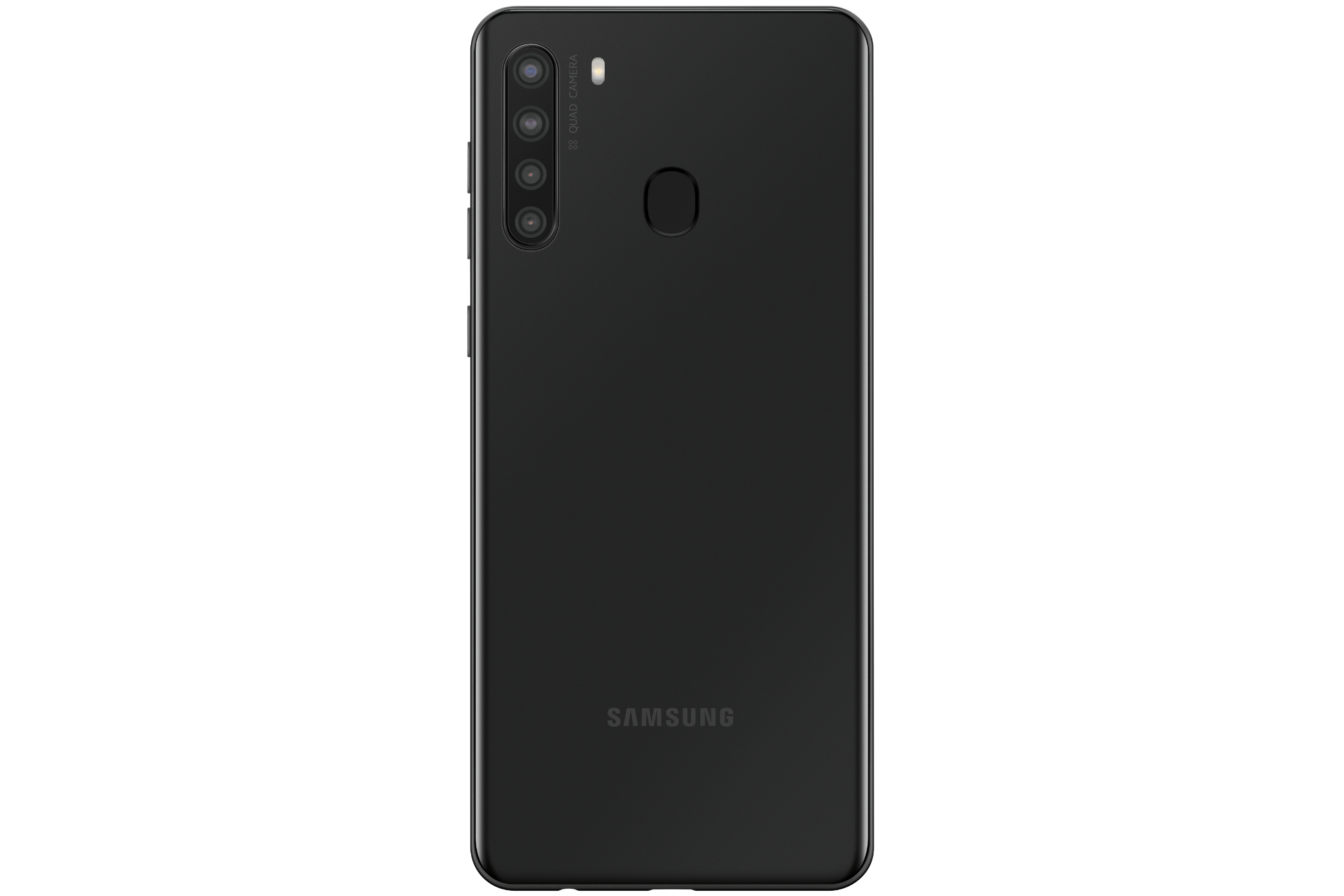 Lastly, a slider showing the front and back of the Galaxy A21
Samsung

The A21 is just a little bigger with a 6.5-inch screen. The main difference is that it has a quad-lens rear camera array, with a macro lens added to the three included on the A11. Additionally, the A21 comes with a 4,000mAh battery and 3GB of RAM, and it supports 15W wired fast charging.

Also coming later this summer is a 5G-ready version of the A51 which will cost $500. There are other differences between this and the $400 model: the 5G version will have 6GB of RAM (compared to 4GB), support 15W wired fast charging, include a 4,500mAh battery (compared to 4,000mAh), and will support up to 1TB of additional microSD card storage. This phone will support mmWave and sub-600MHz spectrum 5G support.

One step above the A51 5G is the $600 A71 5G, Samsung’s top-end midrange phone that’s on the verge of flagship pricing. It will also be released this summer. It will have a 6.7-inch FHD+ OLED Infinity-O display with a hole-punch camera. It will also have a quad-camera system on the back, though Samsung has only said that its main lens is 64 megapixels. Other features worth highlighting include 25W wired fast charging, 128GB of storage (with 1TB of microSD expandable storage support), 6GB of RAM, and a 4,500mAh battery. The A71 5G will also support mmWave and sub-600MHz spectrum 5G support.

Samsung’s big message with these phones is that it’s trying to make 5G more accessible for people who don’t want to spend hundreds more on a Galaxy S20. I’m particularly curious to see how the A71 5G performs because, at $600, it comes within $200 of the cost of a 5G-ready Galaxy S20 (though the phone doesn’t yet support Verizon’s mmWave spectrum). There’s a lot that we don’t know about how the A71 5G will perform, but if the S20 keeps dropping in price, you might have to pick between the two.

Update 2:11PM ET, April 8th: AT&T has shared that it will carry the Galaxy A51 in early May, so we’ve added that to the post. Also, Samsung has confirmed to The Verge that both the A51 5G and A71 5G will support mmWave and sub-600MHz spectrum 5G. We’ve updated the post to clarify this.

Thu Apr 9 , 2020
Enlarge / Kind of looks like a mid-’90s Sega Genesis box cover. We’re not mad about it. In October, the makers of League of Legends announced an ambitious plan to roll out new games in entirely different genres. A fighting game, a card game, a possible action-RPG, and more—Riot Games […]