Noise-canceling headphones are an essential piece of kit during regular life when commuting to work, traveling, or if you’re trying to dull distractions at the office. But they’re also important as we continue to tally yet more weeks spent at home. It’s always nice to get a reprieve from the people you live with and be in your own private, serene bubble for a while — and noise-canceling headphones are a good way to find that peace and quiet. Since they envelop your ears, wireless headphones will always do better at erasing surrounding distractions than noise-canceling earbuds like the AirPods Pro or Sony WF-1000XM3s.

The criteria for picking the best noise-canceling headphones hasn’t changed: the most important measures are how well they can eliminate outside noise, sound quality, battery life, whether they support simultaneous pairing to multiple devices, and comfort. Aside from one general pick that does a lot of things really well, I’ve also gathered together some other recommendations if you want to stray from the popular choice.

The best noise-canceling headphones for most people

Sony managed to overtake rival Bose with its third-generation noise-canceling headphones. The WH-1000XM3 sound more punchy and fuller than the Noise Canceling Headphones 700. They can’t match the listening experience of our audio-first picks below, but many people will be more than satisfied by what the 1000XM3s put out. These can also outlast Bose’s pair, with up to 30 hours of continuous playback. 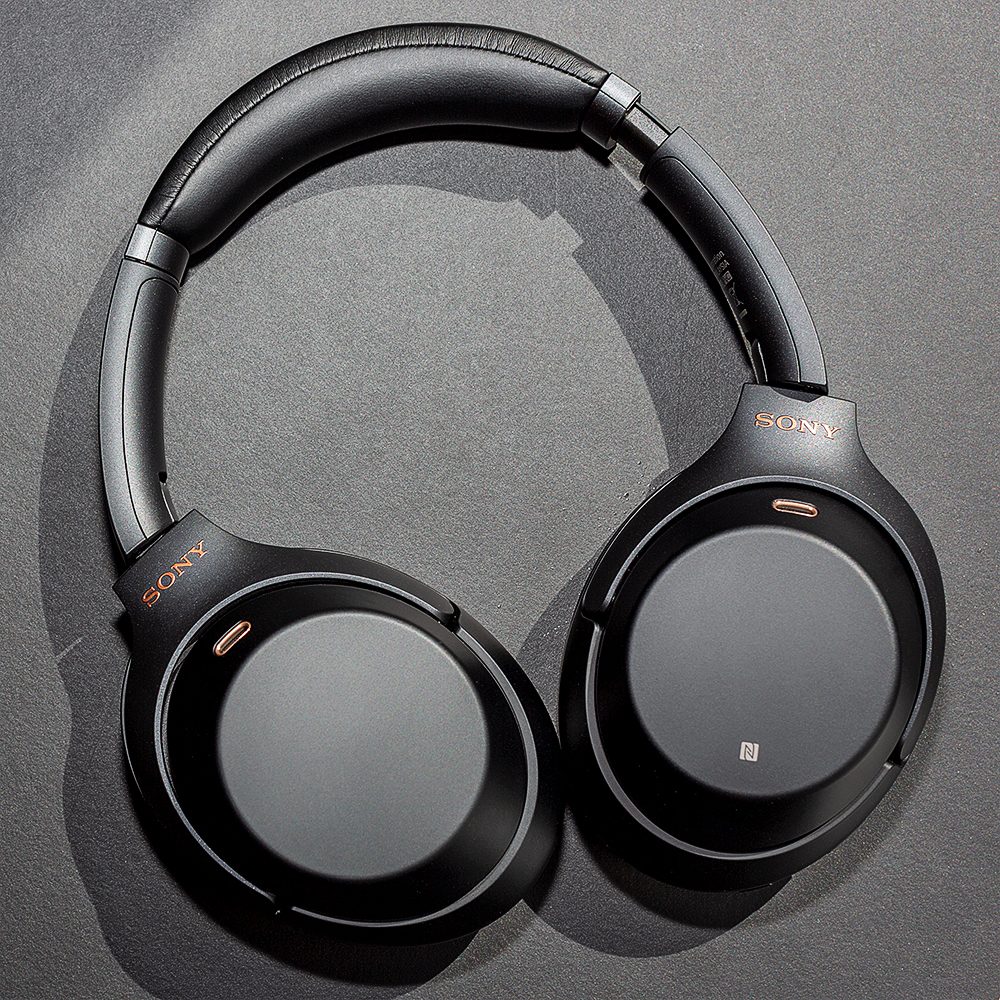 The 1000XM3s are more comfortable than Sony’s previous efforts and feature USB-C charging for when the battery eventually does run down. In terms of noise cancellation, Sony is neck and neck with Bose. Whether you’re trying to tune out a screeching train or just erase the annoyance of your air conditioner, these headphones will get you that much-needed calm.

Where Sony stumbles a bit is with the microphones on the 1000XM3s, which can’t really hold a candle to Bose or Jabra. If you plan to do a lot of video chats or voice calls with your headphones, that’s something to consider. Also, recent leaks suggest Sony could be nearing the release of the 1000XM4 headphones with notable improvements, but if you don’t care about simultaneous Bluetooth pairing, the current model is still a fantastic value and can often be had at a discount this far into its life cycle.

The best noise-canceling headphones for videoconferencing and making calls

Bose is the brand synonymous with noise-canceling headphones, and the Noise Canceling Headphones 700 are another example of why that reputation is well-earned. They have satisfactory sound, excellent voice call quality, and great noise cancellation effectiveness. It’s really a flip of the coin between these and Sony’s 1000XM3 headphones in the eyes of many. Sony ekes out superior battery life and more lively, impactful sound, but Bose’s support for multipoint pairing with two devices at once is a big plus. The Noise Canceling Headphones 700 are comfortable to wear for long stretches of time, even if they aren’t as feather-light as the company’s less expensive QC35 II headphones.

When it comes time to join a Zoom meeting or call someone, you’ll be heard loud and clear by whoever’s on the other end, which can’t be said for all wireless headphones on this list. Bose’s microphone setup on the Noise Canceling Headphones 700 is second to none, though Jabra also fares well here. Battery life is where Bose trails its competitors, with the Noise Canceling Headphones 700 rated at up to 20 hours — short of the 30 hours you can reach with Sony or other picks below. 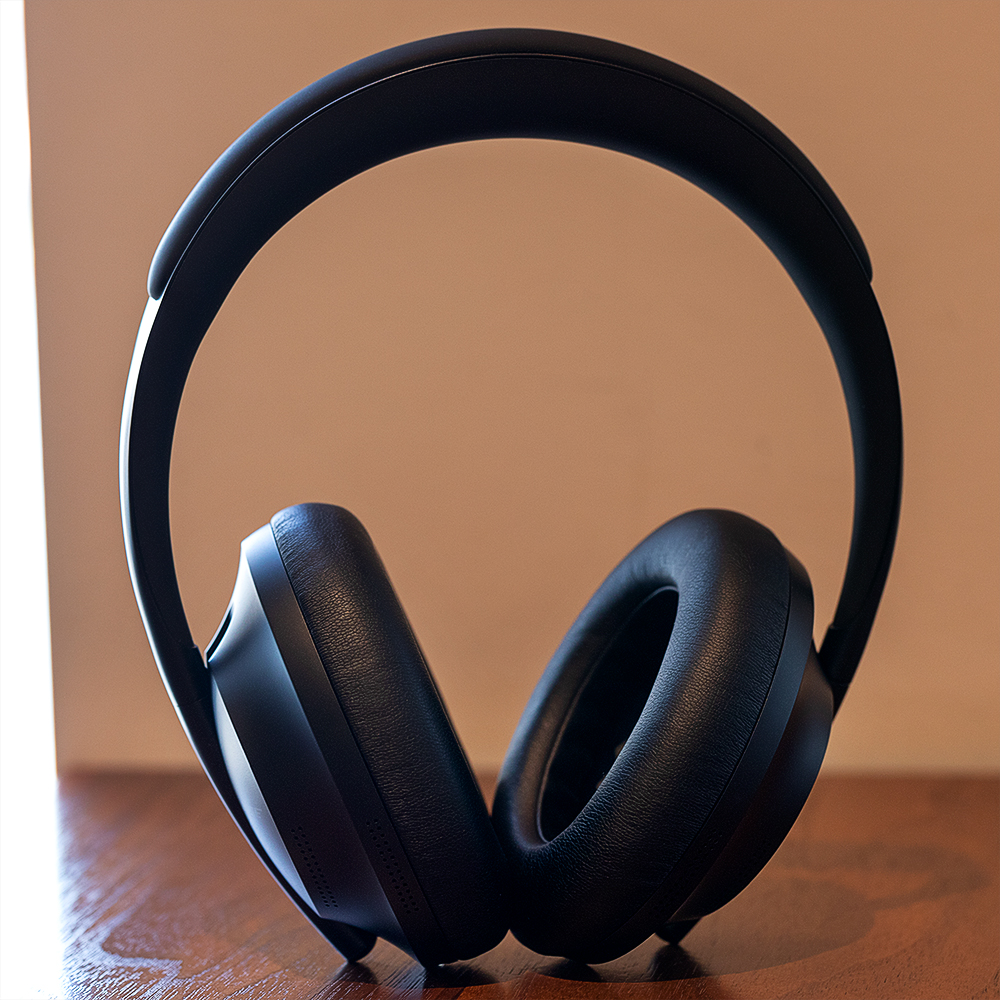 If you prioritize enjoying your music over drowning out the world, then both Sennheiser and Shure have fantastic options with superb sound quality and adequate noise cancellation. Sennheiser’s Momentum Wireless have detailed, bass-rich, and vibrant sound combined with sublime comfort. The same can be said for the newer Shure Aonic 50 headphones, which support advanced codecs like apt-X HD and LDAC.

If you’re a stickler for audio quality, both headphones can be used wired with either a 3.5mm headphone jack or over USB-C. They each outdo Bose and other more mainstream picks in terms of build quality and materials. That premium feel does demand a bit more, with both of these selling for the same $400 price tag. Their noise-canceling isn’t on par with the best, but you still get convenient software features like ambient passthrough and customizable EQ on top of the brilliant sound. 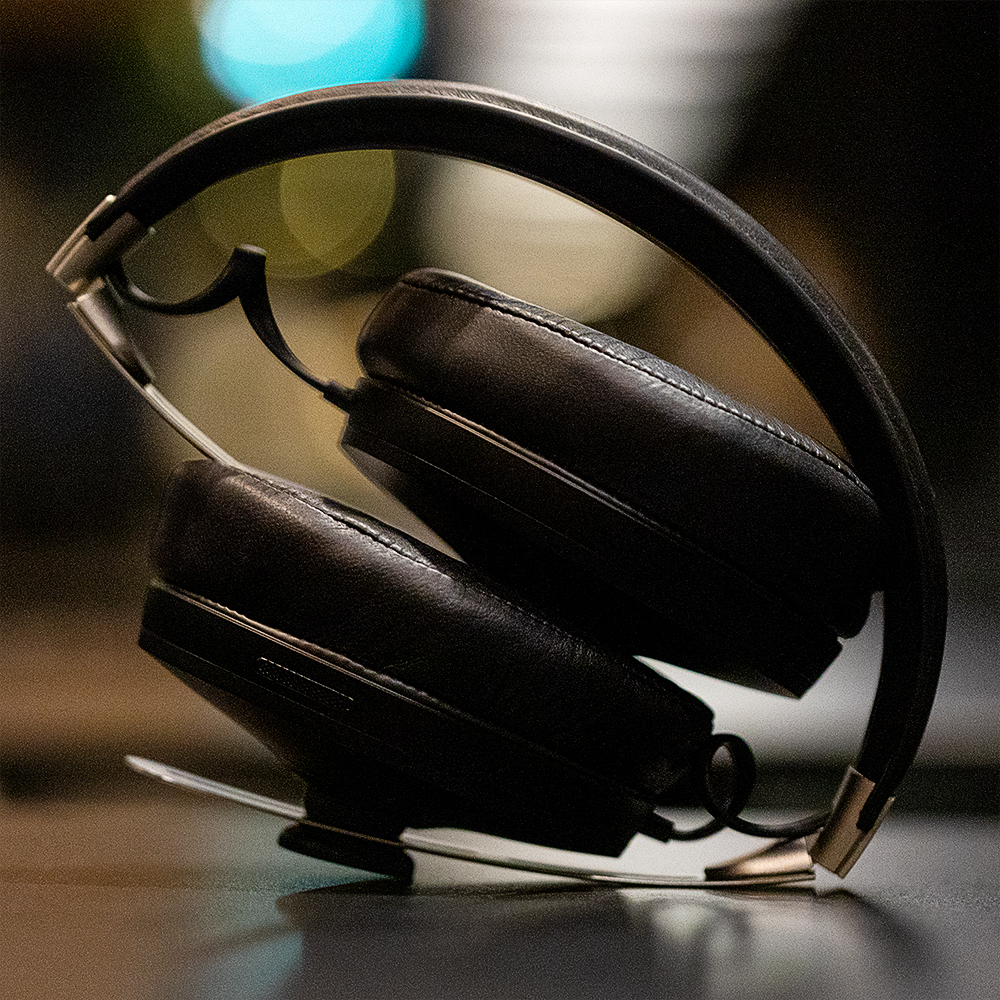 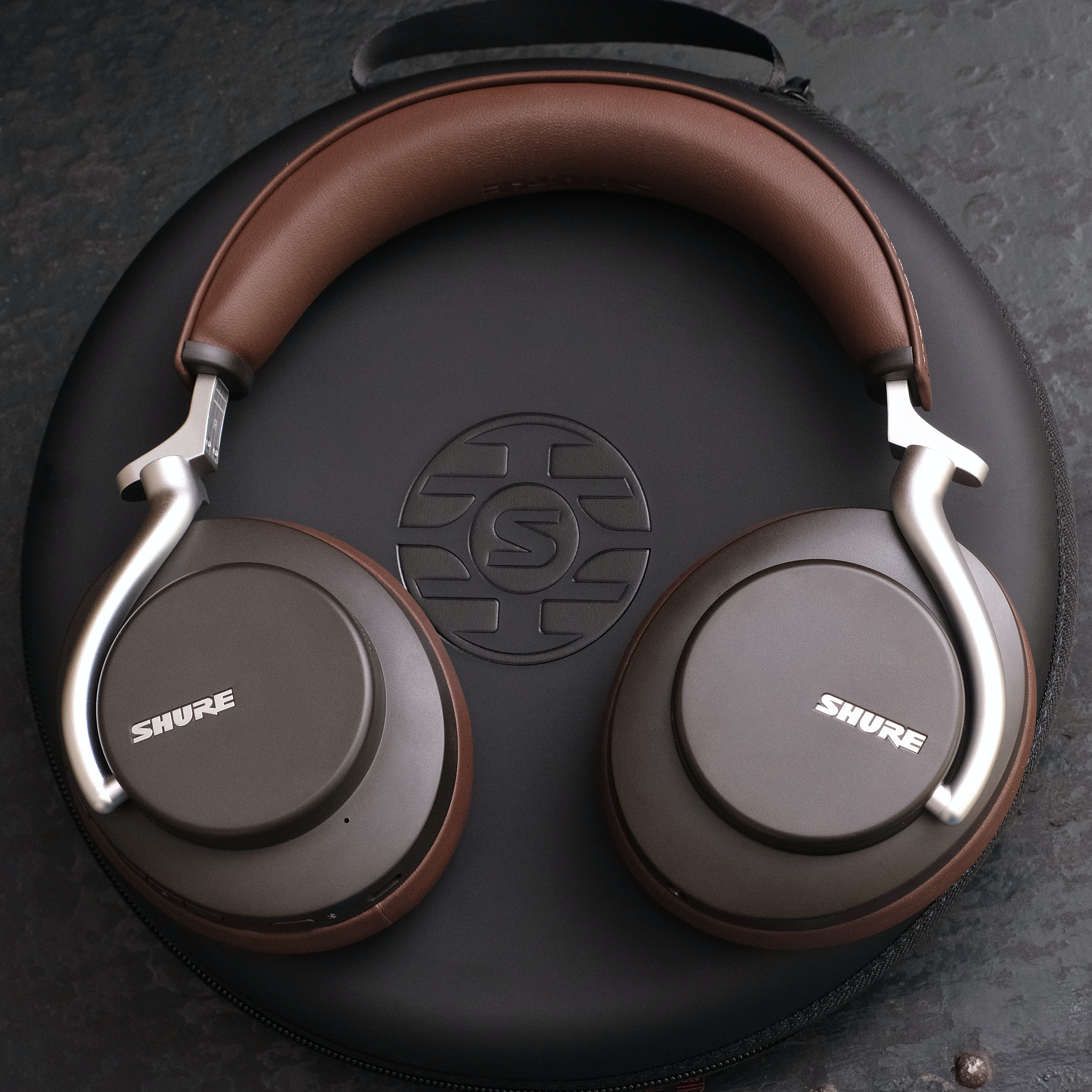 The Beats Solo Pro headphones rest on your ears instead of completely covering them, which some people might prefer. A popular choice at the gym, the Solo Pros have sweat resistance and a strong clamping force on your head so that they’ll stay put during a workout or run. As with most modern Beats headphones and earbuds, the Solo Pros are tuned to drive your day with some oomph to the bass, though they’re more well-balanced than Beats of old.

If you use an iPhone, the Solo Pros can take advantage of Apple ecosystem features like audio sharing and the same seamless setup / pairing process as AirPods. They’ll also be getting the new spatial audio feature coming in iOS 14, which will let you get a surround sound-like experience when watching movies on your iOS device.

They’re not as great at noise cancellation as Bose or Sony, but the on-ear design and a snug fit help the Solo Pros offer good passive noise isolation even when NC is switched off. (You can hit up to 40 hours of battery life if you keep noise cancellation off.) 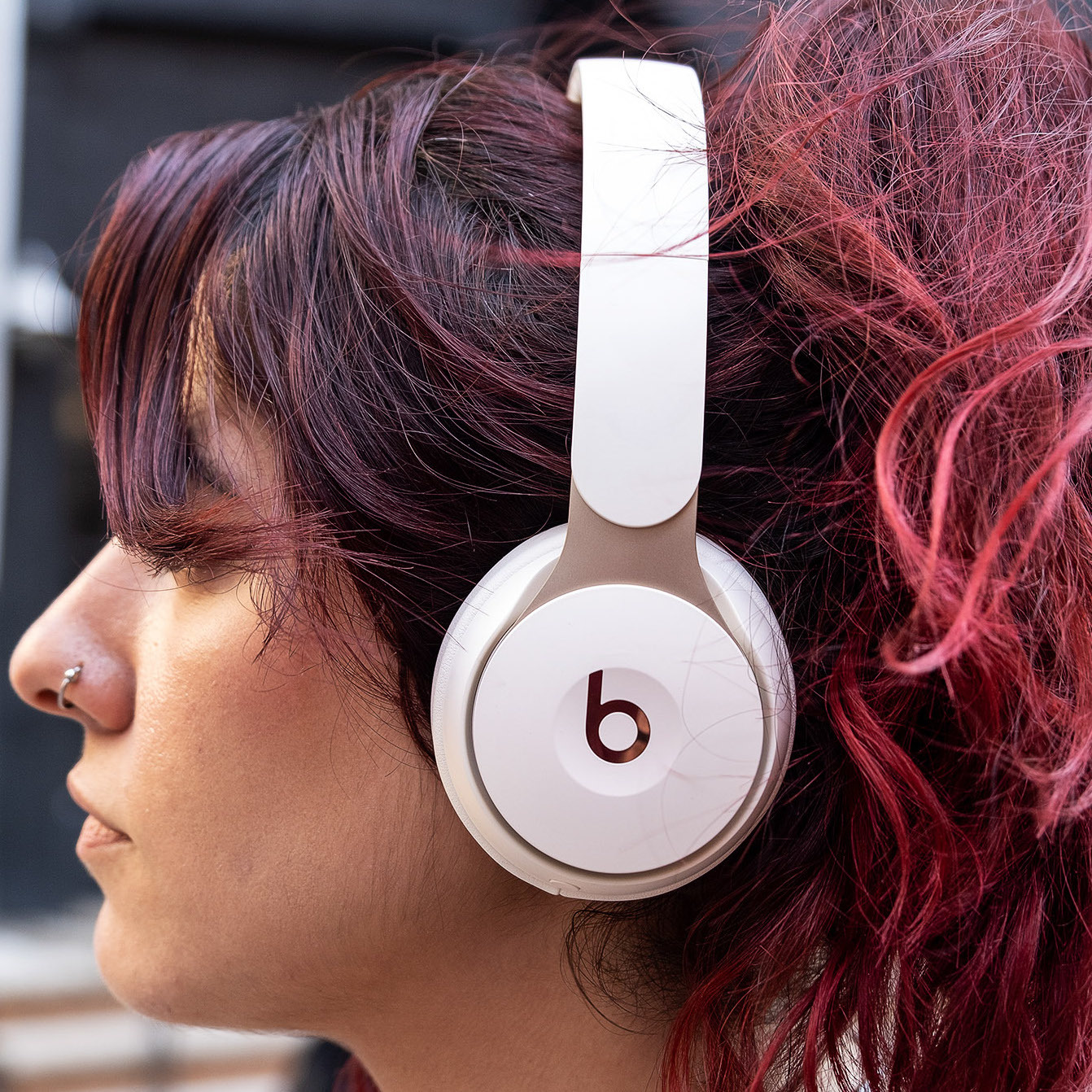 The best noise-canceling headphones for ease of use

With the Surface Headphones 2, Microsoft retained the brilliant turning-dial control scheme of the first-generation pair and made important improvements elsewhere to sound quality and battery life. After you’ve gotten used to adjusting volume or noise cancellation levels simply by twisting the dial around each ear cup, you’ll never want to go back to hunting for button nubs again. The Surface Headphones 2 are also an excellent pick for productivity, as their multipoint pairing works seamlessly when a call comes in on your phone while you’re at work on your PC. And now, they come in black, so you’re no longer stuck with the stale light gray color. 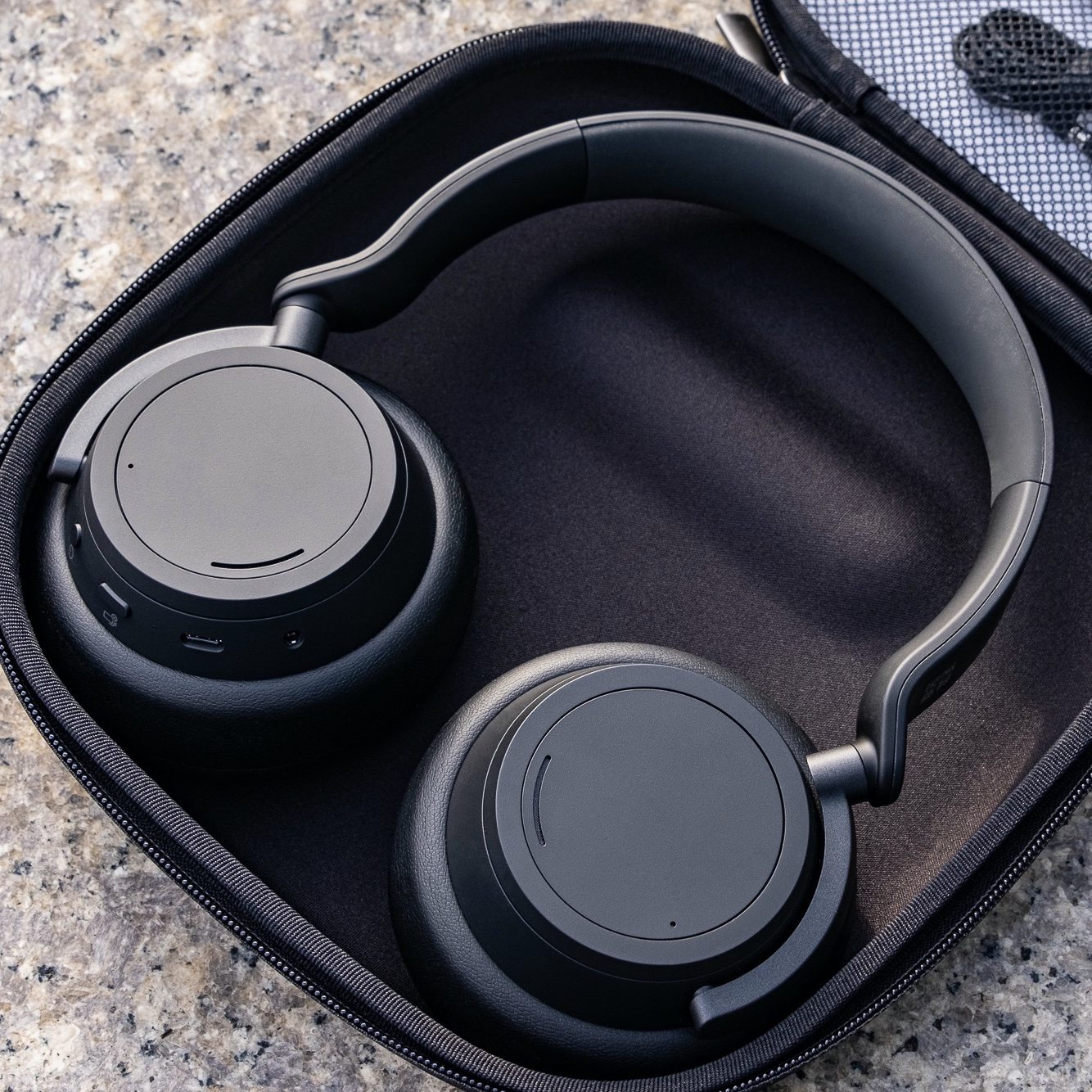 The best noise-canceling headphones for style

Marshall’s wireless headphones have proven surprisingly popular, and the company’s most expensive pair is also its best yet. The Monitor II ANC headphones are priced at $320, which puts them on the same playing field as Bose, Sony, and other tech companies that have been making premium noise-canceling cans for many years.

Marshall doesn’t quite match them in sound quality or NC effectiveness; the Monitor IIs have warm, textured sound and perform decently at cutting down on ambient noise. But they definitely stand out from the pack in looks, with a design that speaks to the company’s heritage and the signature gold joystick that makes the Monitor IIs simple to control. They can also last up to 30 hours with NC enabled or up to a staggering 45 hours if you’re already someplace quiet and can do without the feature. A lack of AAC codec support at this price stings, but I’ve enjoyed the Monitor IIs every time I’ve put them on. They’re more than just an amp brand stamped onto an average pair of headphones. 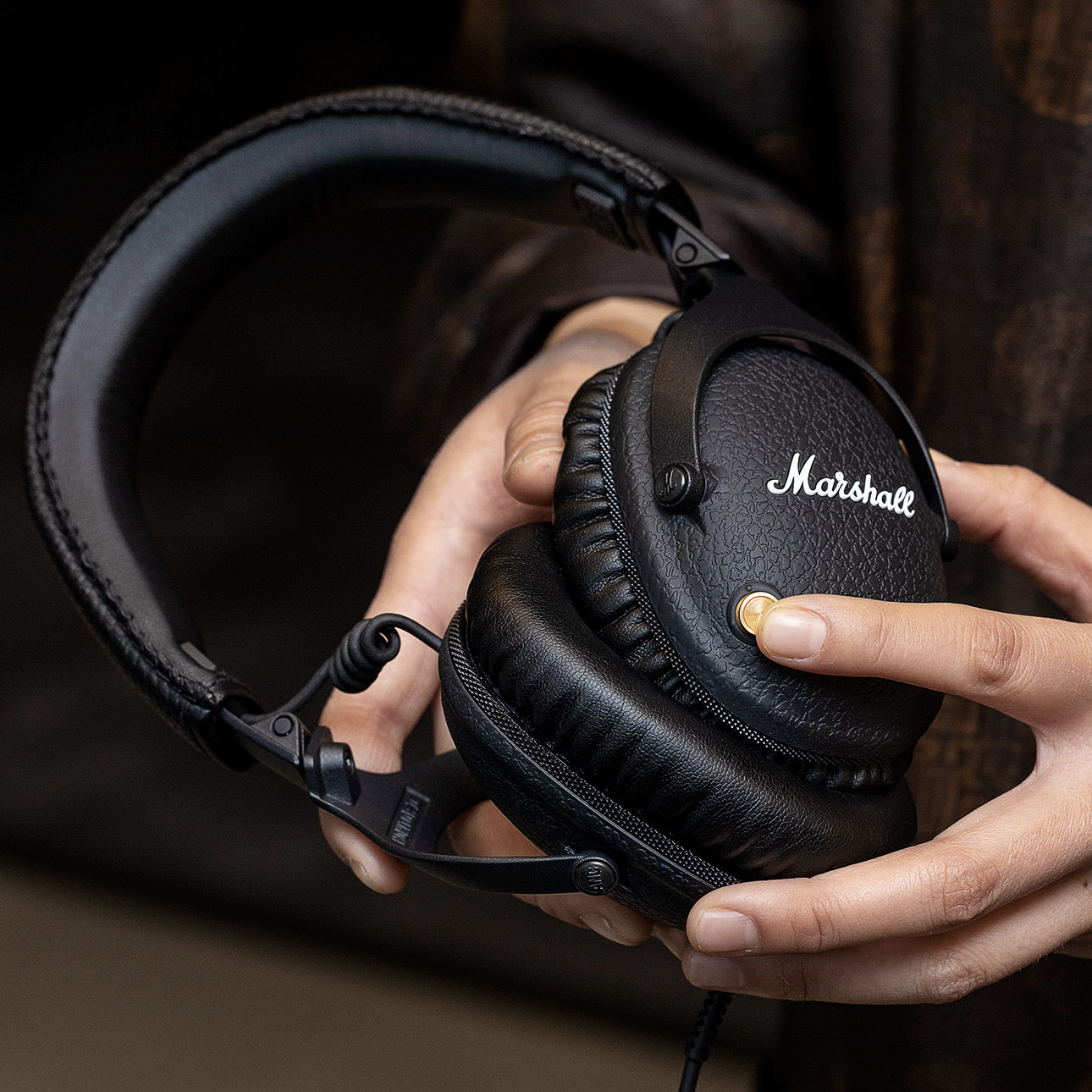 Samsung’s profits are up despite COVID-19 pandemic

Thu Jul 30 , 2020
Samsung posted better than expected earnings for the second quarter of 2020, with operating profit up 23 percent year-on-year to 8.15 trillion won ($6.84 billion) despite a 6-percent fall in revenue. The Korean conglomerate says it experienced a greater recovery from the impact of COVID-19 than it had initially forecast […]